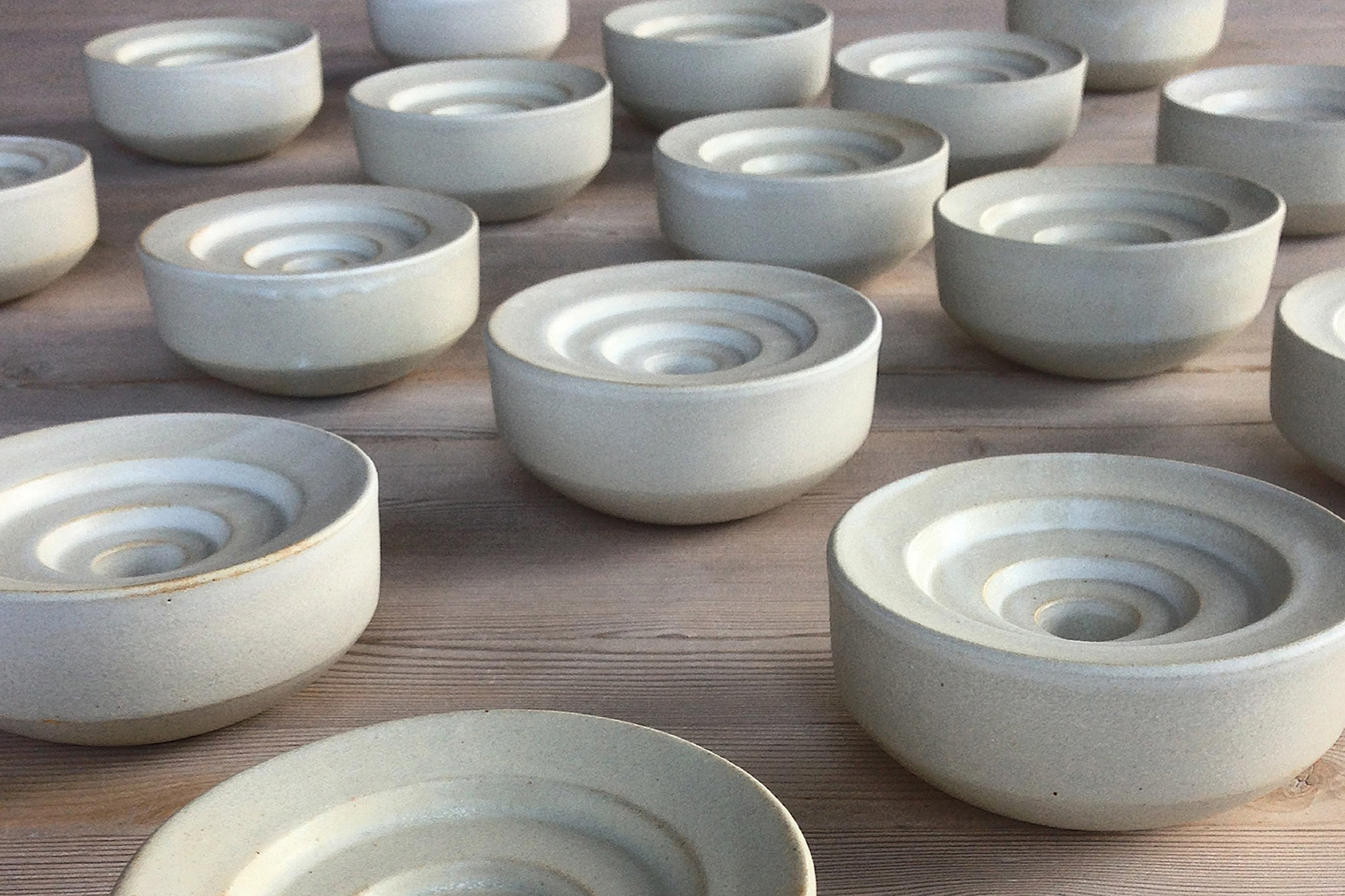 Baptismal candleholder for the Parish of Samsø. 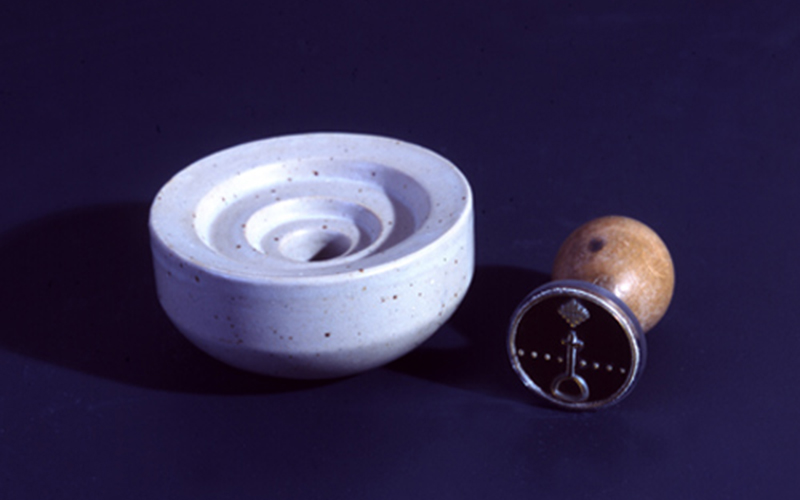 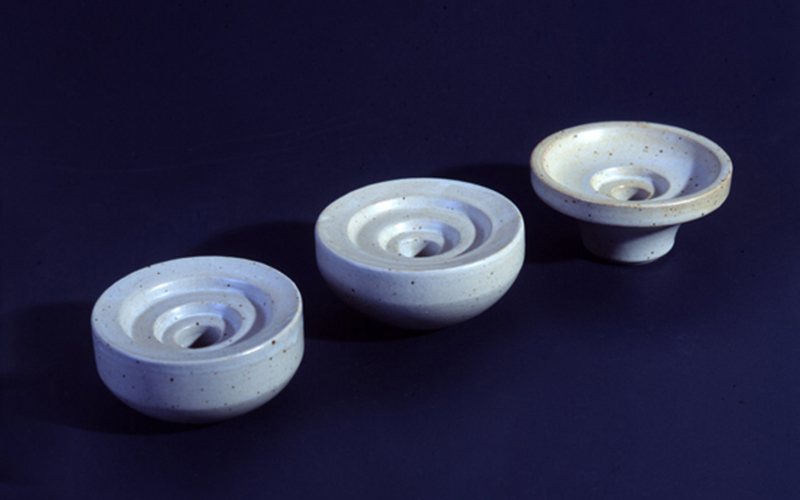 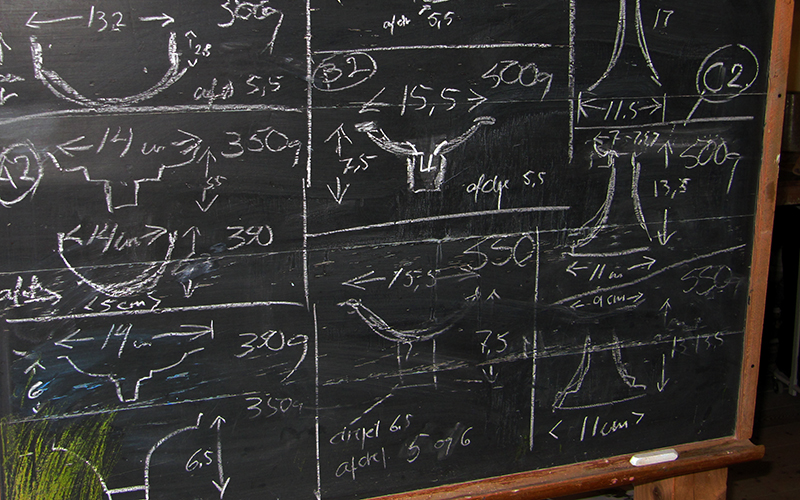 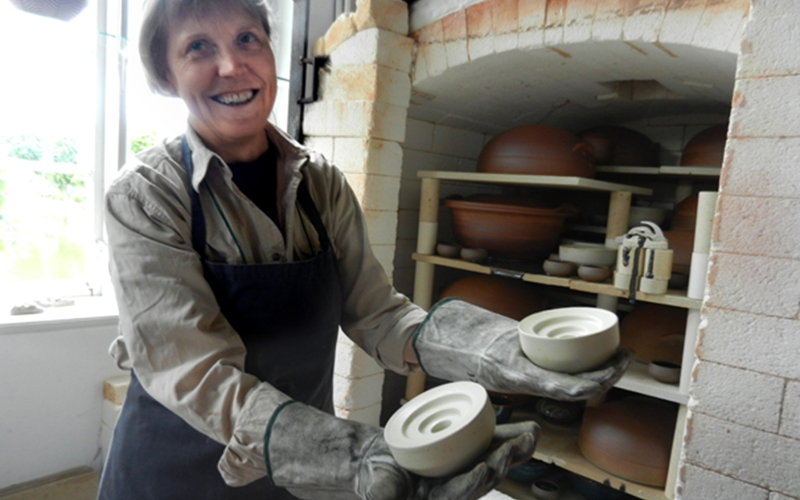 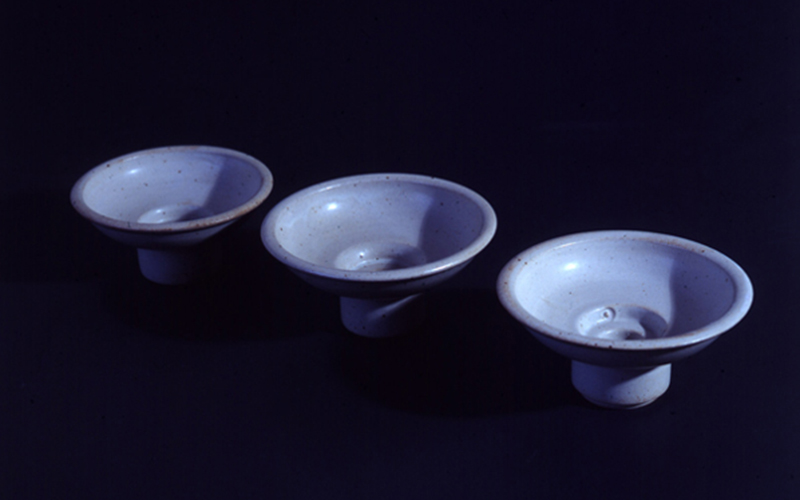 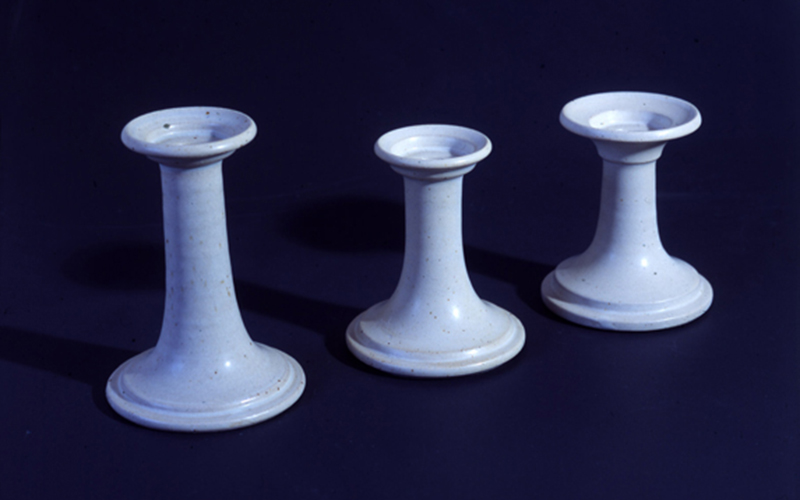 Dialogue and exchange of ideas with the local church council has been part of the development process that has led to the chosen baptismal candleholder.

The goal was to have a candleholder that represented the entire Parish of Samsø. In achieving this goal, it was important to have a look at all the churches on the island and make sketches in order to capture the essence, and a common expression, in the candleholder's design.

A number of sketch proposals were made and carefully worked up before the final version emerged. Besides a tall candle, it was decided the candleholder should also be able to accommodate a tea light.

A stamp in the bottom of the candleholder, consisting of a logo with room for a date, was developed in collaboration with Sonnich Morgenstern.

The baptismal candleholder is made of stoneware clay. It is hand-thrown in two parts - an outer and inner shell - and then assembled. The glaze is applied after the first firing, then the candleholder is fired to completion in a gas kiln with reduced oxygen at 1300°C.